Quick Read: ‘Convergent Evolution’ while being a concept from the life sciences could actually be seen playing out with a greater degree of recurrence in creativity and arts.

What you see here on the left is the picture of a butterfly. But what what you see on the right, is not.

In fact it is that of a fossil of a lacewing (an insect) called Oregramma illecebrosa. Supposedly it flew in the forests of the Jurassic period between 165m and 125m years ago, dying out 69m years before the first-known butterfly fossil. (source)

These are examples of Convergent Evolution: the emergence of similar bodies in unrelated groups of species, to permit the pursuit of similar ways of life.

Another example of Convergent Evolution is the Jurassic Ichthyosaurs and the modern Dolphin.

But that’s not the interesting part.

Convergent Evolution while being a concept from the life sciences could actually be seen playing out with a greater degree of recurrence in creativity and arts; where it can loosely be defined as follows:

Convergent Evolution in the arts is the emergence of similar kinds of ideas and creative executions from unrelated sources or disciplines, to permit the pursuit of similar expressions.

Let us take two projects Futuristic Archaeology and Inherit the Dust and a set of OOH executions by Amnesty International as examples.

Mongolia has long been home to one of the world’s largest nomadic populations, with more than a third of its population pursuing their livelihood on the vast Mongolian-Manchurian steppe. But in recent years, the grassland has been drying up.

Korean photographer Daesung Lee’s series Futuristic Archaeology explores what the desertification of their home means for Mongolian nomads through a series of fantastically staged images. 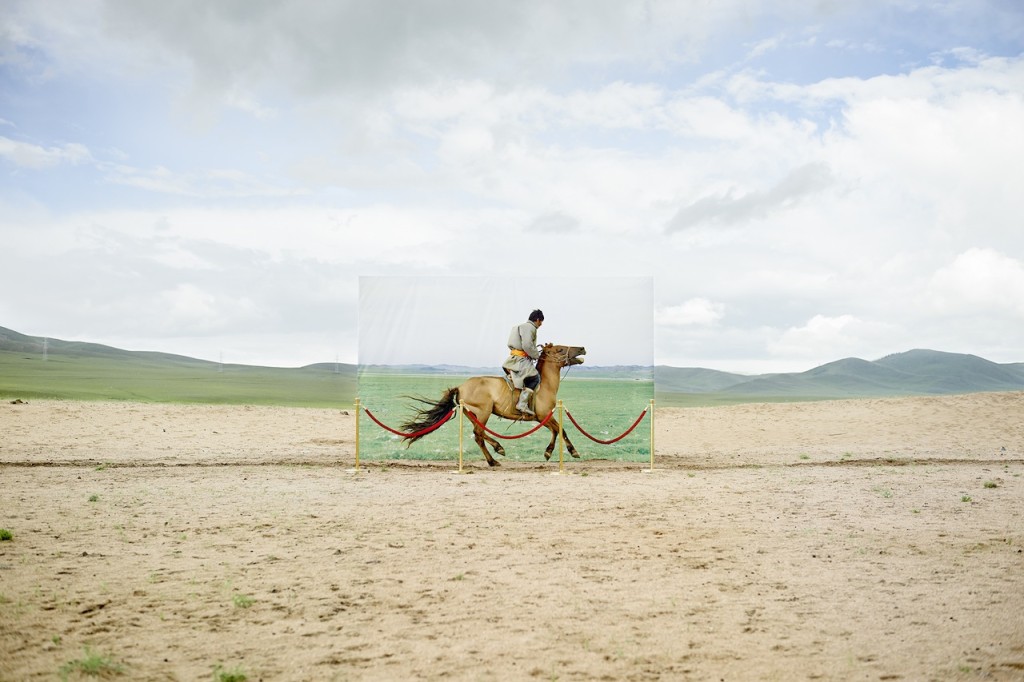 These incredible scenes aren’t digitally orchestrated: Lee actually printed out billboard-sized photographs and strung them up on site, using former nomads as models. Inside the smaller images, people ride horses, herd goats, and go about their lives fenced in by red rope barriers. (source)

Nick Brandt is as much an activist as he is a photographer. After spending 15 years working in Africa he was depressed by the changes he saw sweeping across the African landscape, like illegal logging predicted to eliminate some 30 million acres by 2030.

Thus was born his latest project Inherit the Dust a collection of  moody portraits of elephants, giraffes, and lions to call attention to Africa’s vanishing megafauna. Each picture in this project has been meticulously staged and exquisitely shot in black and white to bring to life these beautiful creatures wandering the landscapes they’ve long since been driven out of.

While with Inherit The Dust, the quiet dignity of the animals that Nick Brandt photographs is shockingly juxtaposed against the indignity and disarray of our own…

…by juxtaposing the shocking indignity of human rights violations against the backdrop of a quite dignified civic life that most of us easily take for granted. 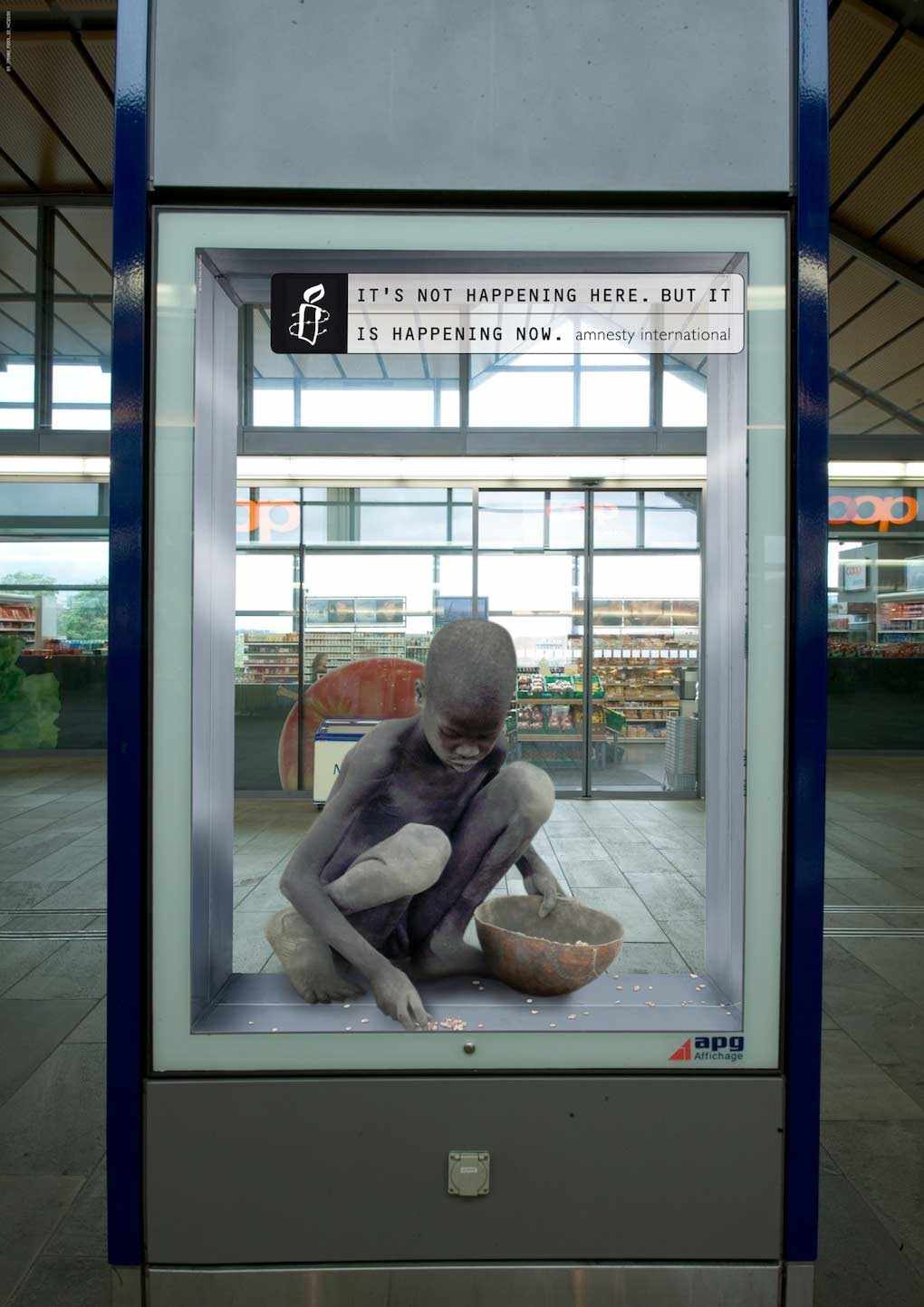 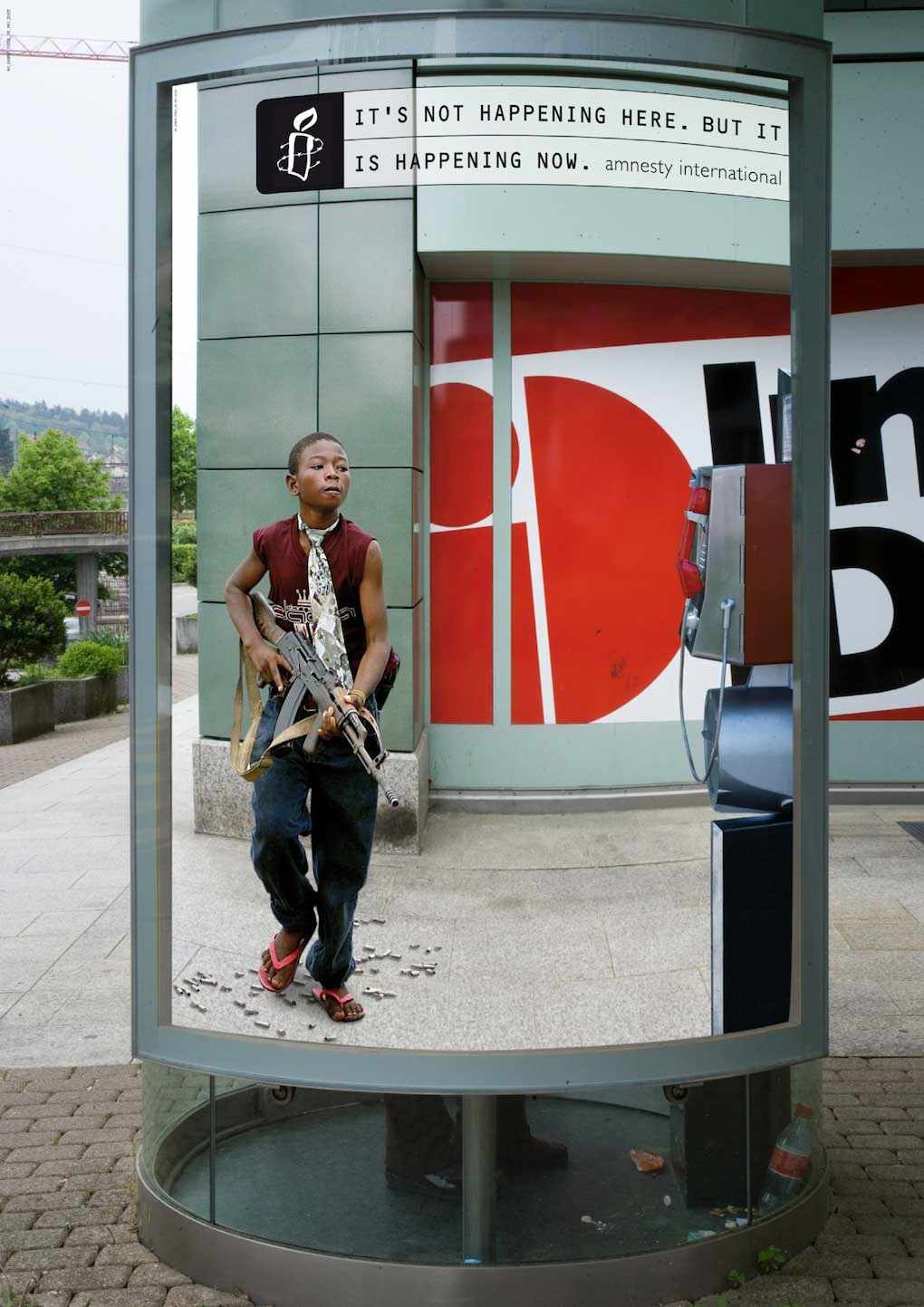 As one reviewer of Nick Brandt’s Inherit the Dust puts it..

“These haunting photographs force us to think about what we are doing, and who is at stake.”

Now even at a nuanced level, if you come to think about it, isn’t this statement equally applicable for all the other projects featured here?

Perhaps that’s what makes them apt examples of convergent evolution.

(Featured Image: Wasteland with Elephant, by Nick Brandt from Inherit the Dust)