For many job openings, getting the foot into the door – getting recruited – tends to be the most tricky part. Obviously different companies have different ways of going about this. 3 latest trends that I see playing out in the job hunt marketplace:

Search for Resonance – The Trend & its Contra Trend

”..If you haven’t found it yet, keep looking. Don’t settle. ..” has been one of the most revered quotes by Steve Jobs.In many ways this articulates a burgeoning stimulus that has in fact become a mainstream business model of some job sites.

Take ReWork – which asks you to find work that is meaningful to you.

Don’t settle until you find work that you love or until you get an opportunity to work on the issues you’re most passionate about – seems to be the mantra of this site. See their story here:

Or take Escape The City – which encourages you to quit your corporate job and do something different, something that you have perhaps always dreamt of doing.

Life is too short to do work that doesn’t matter to you… Change jobs, Build businesses. Go on adventures. Do something different – constitutes the Escape Manifesto. See their story here:

The fact that an increasing number of people have begun to search (often passively and sometimes unsuccessfully) for jobs that truly resonate with them, seems to be the insight behind these ventures.

While searching for that perfect day job where your passion meets purpose meets your paycheck is a defining feature of many a job search today, a contrarian view point seems to be gaining a critical tipping point in recent weeks. In many ways this school of thought almost says – Don’t follow your passion (!)

Cal Newport in his latest book “So Good They Can’t Ignore You” makes a case on why Passion is not something you follow, it’s something that will follow you as you put in the hard work to become valuable to the world – irrespective of what you embark upon. Read another great post that Cal wrote on this topic in HBR here. (And yes, I have earmarked this book on my reading list now).

Irrespective of which side you take, one thing is for certain – the search for resonance has come to underscore the significance that it has for job seekers and recruiters alike in getting the foot into the door first. Like never before.

Do read the above mentioned posts by Cal Newport and let me know which side you take. And if you read his book, tell me what you think of it. 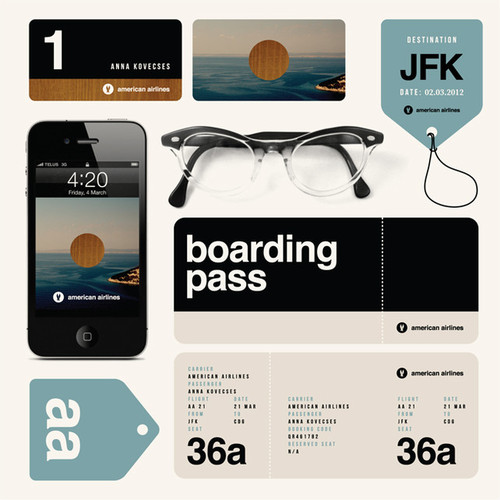 We have seen them dropping in industry after industry – music, film, publishing and even manufacturing. The businesses of Advertising and Design are no exceptions. For e.g., even a 20 year old college student can win a marquee client like coke these days. The story goes like this:

Almost everyone who knows Steve Jobs and is ‘net literate’ must have been captivated by this beautiful tribute going viral, hours after the legend passed away. Graham Fint, the Chief Creative Officer of O&M China was captivated too. So he tracked down the designer:  Jonathan Mak Long a 2nd year communications design student at Hong Kong Polytechnic University and offered him an assignment to design a poster with a deceptively simple brief –  ”Sharing a Coke”.  The result:

The poster went on to win a Grand Prix at Cannes in June 2012.

This story starts in the autumn of 2010, when she set her sights on working for Starbucks and  bestowed on them the title – Dream Client. She then ‘hand penned’ Starbucks cups and posted them to their offices. Again. And Again. The string of these uninvited yet meticulously designed penned cups have finally landed her an official design assignment from Starbucks.  The story ends 18 months later when she finally adds Starbucks to her ‘Clients List’.  Read the fascinating account here.

Off late, many such instances of ‘Uninvited Design’ have become commonplace, thanks to the Internet. Apparently, it just takes a creative designer with a laptop and a couple of hours (or at most days) to spare to create ripples in the world of brands, advertising and design.

On 23rd August 2012, a quarter of a century after its last update, Microsoft has unveiled a new logo.

Evidently, it did not win too many aficionados on its unveiling. But what caught on the imagination of many people around the world was a student’s version of his redesign of the Microsoft logo. Andrew Kim is  a 21 year old designer whose ‘Uninvited Designs’ for Microsoft from his 3 day personal assignment went on to become a sensation with his concept of ‘Slate’ design and how he sees it to be applicable to the Microsoft logos.

Scroll through the full presentation here. Though I personally found his designs to be a bit ‘Apple Inspired’, these ideas have quickly gained traction online. I have a feeling that he could soon be in the news again for some good reasons.

And then there is an even more recent example of an ‘Uninvited Design’  – this time for American Airlines, from a Cyprus based designer –  Anna Kovecses. Read the story here.

And then there was Wikipedia Redesigned, and even Jeremy Lin gets an uninvited design for his logo.

Absurdity or Genius, one thing is for sure. The entry barriers for individual creatives to stealing the thunder from established agencies have started to crumble. In a big way. Agree?