Quick Read:Who would have thought what had begun as a traditional 17th century readers’ habit of jotting down some thoughts and gossip on the margins of a sheet of paper could turn out to become a concept for world domination?

Annotations are in vogue today!

In the 17th and 18th centuries, it was traditional for newspapers to include space for readers to jot down thoughts, gossip, and observations before passing along their copy to others. Some papers kept their margins wide for such notes; others, like the very first American newspaper, Publick Occurrences, included an entire blank page.

Annotations are an extension of that tradition.

…Saying this, Quartz – a popular blog, annouced the opening up of its margins to users’ comments – also known as annotations.

Medium – the acclaimed blog publishing platform – introduced this concept of ‘notes’ that let readers comment (annotate) on specific paragraphs of the story instead of at the bottom of the piece.

Annotations – as a creative narrative device

Even novels have begun to adopt annotations as a narrative device. S. – a novel previously featured on BrandedNoise –  has at least four different interconnected narratives unfolding at the same time. One such narrative is the dialogue between a guy and a girl who read and discuss a book through their notes passed on to each other written as annotations. 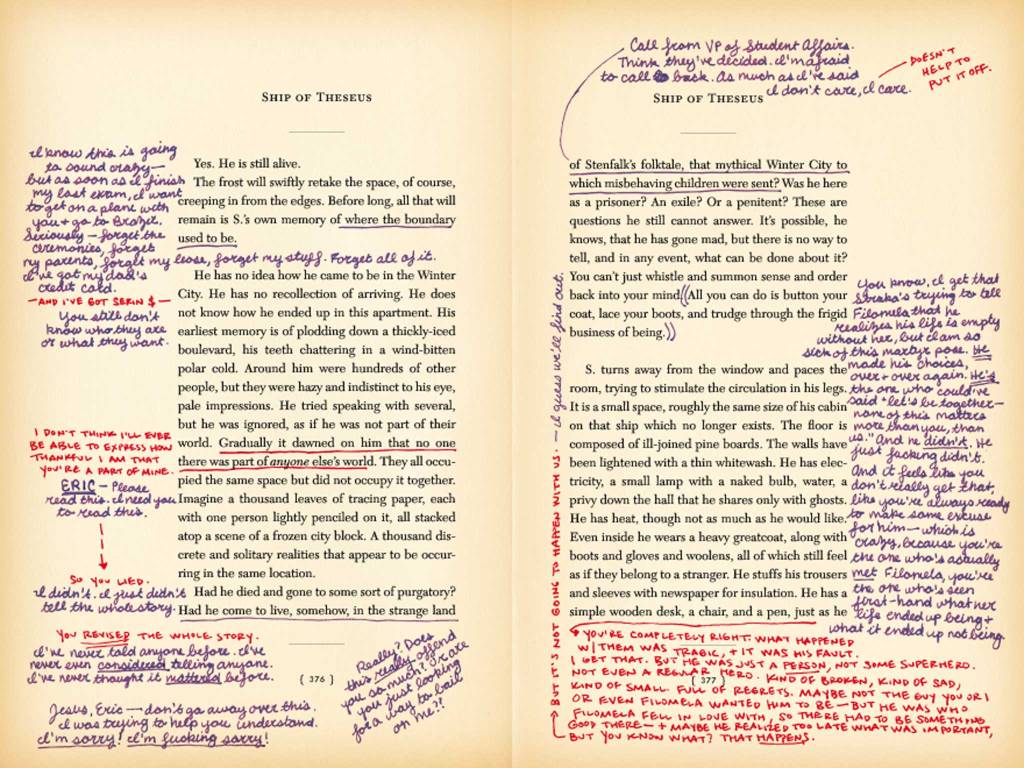 (This is how an actual page of S. looks like. Image source)

If there is one book that you should buy – even for the sheer experience of just leafing through its pages and marveling at its creativity and design. This is it!

‘Annotations’ as a billion dollar idea?

Genius.com – a Andreessen Horowitz backed startup – is believed to be testing a new feature: the ability to annotate any page on the web, adding a new stratum of knowledge to the largest store of information in human history.

Currently in beta, the new functionality lets users add genius.com/ to the beginning of any URL to access a version of the page on Genius. The page is fully annotatable, so users can highlight and annotate any text on the page and view others’ annotations. (source)

Enough and more is already being written about Genius.com and its stated goal of “annotate the world”, with some even predicting that Annotate would soon transcend into the class of those fundamental verbs of contemporary culture, such as Google and Like!

Bonus read: Recently a mysterious billboard had appeared on the streets of Manhattan. (see the featured image above) Whereas most billboards are logo delivery vehicles, this one is unclaimed. The billboard is the work of Emily Segal for Genius.com. A great post on this avante-garde marketing campaign here.