Quick Read: Evoking imagination has always been a classic trick in the marketers’ book. Let’s see some recent examples where it’s been used to sell. And to unsell.

Man-eaters and the ritual of imagination

For four years, Dutch designer Daniel Disselkoen made the same journey on the same tram route to his art academy, and realised that he had stopped looking out of the window and being curious about what he might see. So he developed a simple little real-world hack called Man-eater.

Predicated around the idea that familiarity with a subject, our environment, surroundings or routine can limit discovery, Man-eater is a simple yet compelling call to action to invoke our imagination to make extra ordinary out of the ordinary.

Is at about seeing the world through a child’s eyes?

Museum of Childhood (yes, there indeed is a museum by that name!) says exactly the same thing in its recent campaign – wherein with a bit of imagination, the medium and the context become the key parts of it’s message. 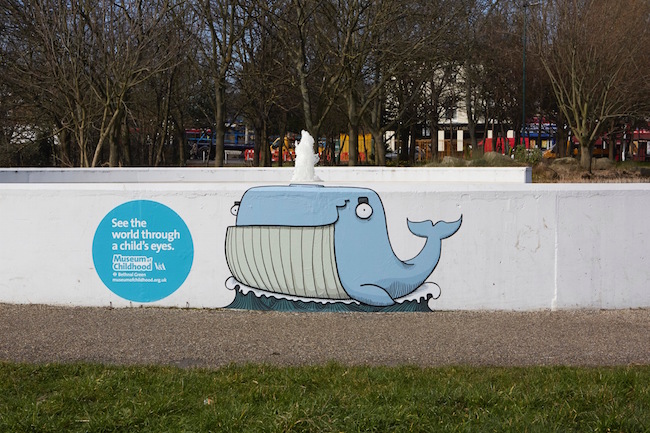 (Check out the other executions at this blog post)

It appears that it doesn’t require a hell lot of imagination to see why this particular product of GroupOn turned to be its most popular post on Facebook ever! 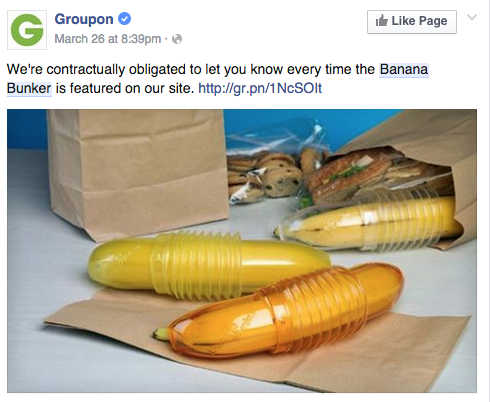 But GroupOn’s real imaginativeness came to the forefront in what happened after the post went live.

Knowing full well of what is to come, they decided to stay ahead of the hilarity and replied each and every one of the comments on their Facebook post. Check out this snapshot of the epic comments that followed!

Now that’s some great imaginativeness to combat (and perhaps even abet) imagination!

And meanwhile else where..

Can imagination be used to ‘unsell’?

‘The Gun Shop‘ had recently popped up on Manhattan with a store front that read “First Time Gun Owners” in big, bold letters. The catch? Each gun in the store had been tagged with its history: from shooting a mom in Walmart to the Sandy Hook massacres. The result: imagination that just ‘unsells’!

This video captures it well.

Can you think of any other examples?

8 thoughts on “Imagination. For Selling and Unselling”